Be forewarned, I’m going totally Poor Me, Alexander and the Very Bad (whatever whatever) Day on ya’ll right now and if you’re not interested, back away slowly before it drags you down with it.

Also, please read this in your whiniest four-year-old on his sister’s birthday not getting enough attention voice:

Well I TRIED but nobody wants to read a first-person narrative about a woman suffering from postpartum depression even if it’s super funny in parts because really, it’s super annoying in other parts and now is not the best time for a true story about mental health because EVERYONE’S doing their true story of mental health and mine isn’t, by comparison, all that revolutionary or different or interesting or remarkable.

And I TRIED to put my real realness out into the world as an expression of my most authentic inner self but there are so many other people doing the same thing–or some less authentic but in an Instagram aesthetic kind of way that people are drawn to–and my story just isn’t as COMPELLING as other people’s and I don’t wear floppy hats on beaches or really have any kind of photography/photo manipulation skills, at least not good enough to catch anyone’s attention so my book doesn’t even LOOK as good as something that’s less authentic but aesthetically more pleasing so no one wants to read it.

And my BEST FRIEND read it and hates it because it reminds her of all the ways my husband failed me both then and before then and in many ways since then so she doesn’t feel like she can review it in an objective way and I don’t blame her at all because editing it made me super cranky with my husband as well because for real, like I so didn’t deserve to be treated like that ever but really, it’s my whole life experience to be treated like I’m either kind of invisible or a total burden on the people who love me who have to try REAL HARD to love me despite all of my big emotions and penchant for thinking of myself as a person who deserves to be loved by my family so I guess my inability to even GIVE AWAY my book is just like every other time I’ve been ignored for just trying to be myself and live in the world and I shouldn’t even be disappointed so much as relieved that my world view doesn’t need to change.

And I’m definitely feeling totally DISCOURAGED about writing and about putting my true self out there and I’m back to thinking that if I ever want to make any money as I writer, I’ve gotta write erotica or at least romance and while I’m ok with either, it just kinda sucks that I can’t just write what I feel like writing and get anyone to read it.

And I might as well just move to Austraaaaalia.

Ok, I’m done. I’m ok. I’m not completely discouraged and I will keep writing and I WILL maintain some perspective but yeah, I was disappointed with the reception of this book but it wasn’t for everybody–as I as a person am not–and that shouldn’t be a surprise nor a obstacle to further attempts to get my writing out into the world.

But sometimes, you just have to pout and whine and threaten to move to Australia. 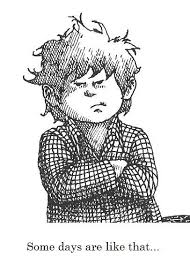